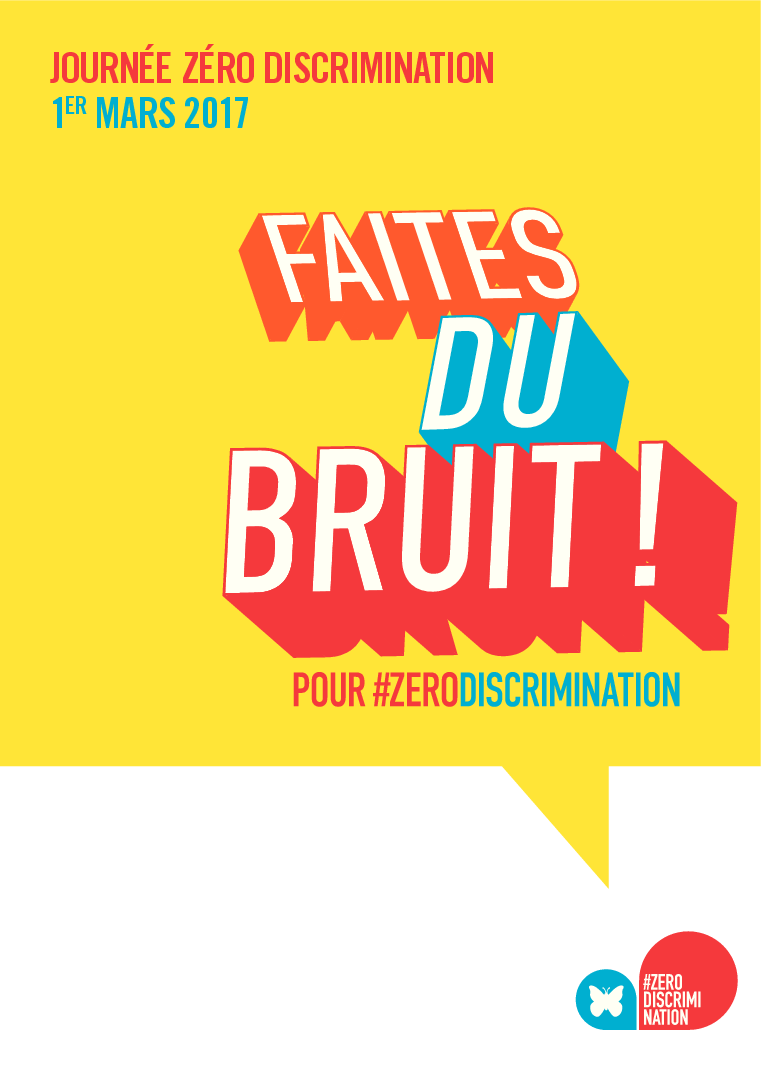 UNAIDS URGES EVERYONE TO MAKE SOME NOISE FOR ZERO DISCRIMINATION

Everyone will have experienced discrimination of some kind during their lives; however, non-discrimination is a human right. Equally, states and individuals have a legal obligation not to discriminate. This year, on 1 March, Zero Discrimination Day, UNAIDS is urging people to make some noise around zero discrimination, to speak up and prevent discrimination from standing in the way of achieving ambitions, goals and dreams.

Discrimination has many forms, from racial or religious discrimination to discrimination based on gender, sexual orientation or age, and to bullying at school or at work. In only three out of 10 countries worldwide do equal numbers of girls and boys attend upper secondary school, and people living with disabilities are nearly three times more likely to be denied health care than other people.

“Everyone has the right to be treated with respect, to live free from discrimination, coercion and abuse,” said Michel Sidibé, Executive Director of UNAIDS. “Discrimination doesn’t just hurt individuals, it hurts everyone, whereas welcoming and embracing diversity in all its forms brings benefits for all.”

Data from 50 countries from the People Living with HIV Stigma Index show that one in eight people living with HIV report being denied health care. Around 60% of European Union/European Economic Area countries report that stigma and discrimination among health-care professionals remains a barrier to the provision of adequate HIV prevention services for men who have sex with men and people who inject drugs.

This year, UNAIDS is calling on everyone to make some noise for #zerodiscrimination. Zero Discrimination Day is an opportunity to highlight how everyone can be part of the transformation and take a stand for a fair and just society.